House and Studio at Newtown

The project in Newtown provided alterations and additions to a two-storey terrace that needed some light, air, warmth and more comfortable living spaces at the back.

The rear of the house had been terribly exposed to railway noise from the embankment nearby, so over the years it had become quite closed, defensive and rather uncomfortable. Although the railway impacts were ameliorated by a sound wall some time ago, living conditions inside the house had remained dark, cold, unlovely and frankly depressing. The intention was to keep the upstairs bedrooms intact while updating and opening the ground floor living spaces, providing a new central staircase, and two new bathrooms. Simply opening the rooms to the rear was not going to be enough to get good light and air into the house, however. The bedrooms at the front get all of the sun, but the living spaces at the rear need some clever design in order to catch morning sun, or, later in the day, the light coming over the main roof. With high windows and skylights facing south, east and north the living spaces can benefit from some beautifully varied qualities of light, often at the same time.

There is a self-contained studio apartment above a garage on the rear lane, which protects the small courtyard garden and the rear of the house from the continued impacts of the railway.

Sheltered inside the house the conditions are now light, peaceful and comfortable. 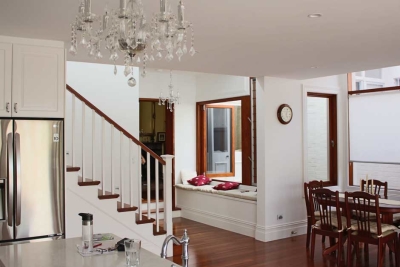 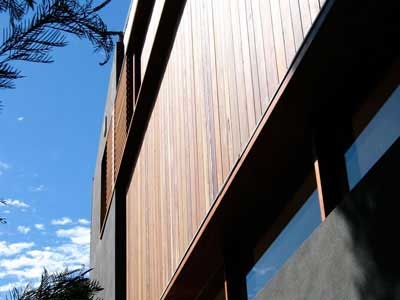 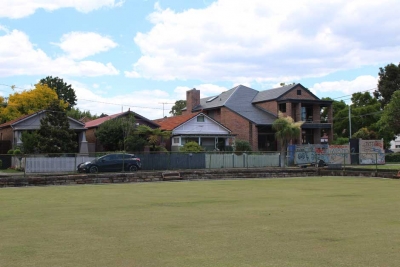