Located in the southern suburbs of Sydney, this project defines the limit of recent large scale development, establishing a transition to the adjacent smaller scale dwellings.
Its three storey northern facade is composed of four articulated bays, rising to five storeys at the corner. While the division into bays refers to the lots of the previous subdivision, the
building’s language is also the product of Aalto’s patio apartment layout optimising the building’s orientation and aspect.
The building turns to establish a unified wall suspended above single level garden apartments, referring to the scale of the single dwelling.
All apartments are double sided with peripherally located services, living spaces organised around large outdoor patios addressing the street, and bedrooms facing onto a protected courtyard. 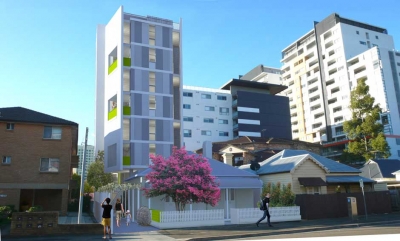 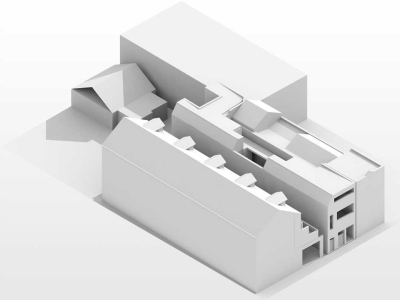 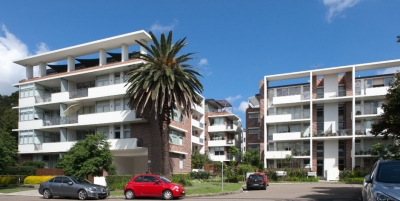 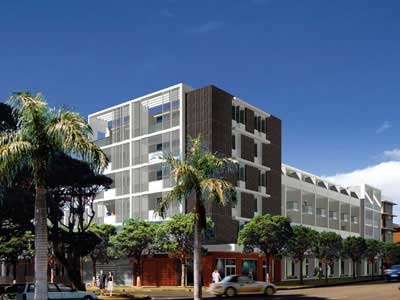