Is the new to be subservient to the old, or can it stand in contrast? How do you read the existing building, and what are the rules that define its layout, its arrangement of rooms, its place on the site? Can the rules inform the set-out of the new?

Is the project to remake the old entirely? Does the proposed program overwhelm the existing building, or will it allow the existing to remain in a new guise?

How do you investigate the existing qualities of the building? How does the existing affect you emotionally, and is that something that can be retained or even amplified in the new project? Can new spaces interweave with the old, or must they remain separate, so the existing retains its integrity? Can the building’s history remain legible, in layers, in parts? Can the materials removed from the existing be re-used in the new?

New or old, which part has the priority? We aim to create a dialogue between the two – the new is informed by the old, and the old is reconsidered and reborn in relation to the new.

FRUSTRATED WITH YOUR PROPERTY?

Download our free guide on how to prepare for your project 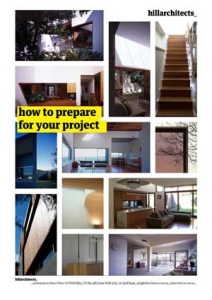